Systems thinking as an overarching concept derived from the multidisciplinary Systems Theory, is an invaluable tool that allows professionals and practitioners to adopt a big picture perspective and to deal with complexity. Most notably in the social- and management sciences, but foremost in beta science fields, problem solving will be the result of thoroughly understanding dilemma's, paradoxes, and causality. Going well beyond the confines of network theory - which is more the domain of the Information Communication Technologies - the ability to adopt a system thinking approach is one of thé top emerging Post-covid era competencies for Small and Medium Sized businesses to have in such practices as marketing forecasting, product portfolio management, human resource management, innovation management, and strategic planning.

The problems of today arise out of the "solutions" of yesterday

Professionals do not only operate within their own departmental system but also within the larger internal system as well as within the external business environment of their organization. Problems that were "solved" in one area of the organization, regularly reappear as new problems in another part of the organization. For example, top management are under pressure by shareholders to increase profits. Managers then tend to reduce labor costs by firing staff from mid-management. This might please shareholders, but within 3 to 4 years the company will likely be faced with a leadership crisis. Moreover, human resources will likely be confronted with training- and talent acquisition issues. Human resource professionals that are well-versed in system thinking, can point out the causality between these seemingly unrelated factors and can come up with initiatives to let go of- or redevelop staff in ways that will not lead to future leadership crises.

This law is especially a practical tool in order to be able to make distinctions between on the on side direct or immediate reasons and on the other side more impactful root causes, as well as between on the one side progress indicators and on the other side result indicators (indicators that show the results in retrospective versus indicators that show whether you are on the right track). For example, the influence of the human resource department on organizational performance is probably a less direct factor compared to other strategic performance enablers and critical internal processes such as customer service or manufacturing. This distance between more indirect factors however do not make their eventual impact less relevant, but it does make it more difficult to to identify their role and to measure them. Another example is that many senior managers focus predominantly on conventional financial performance indicators, which are in essence retrospective result indicators. This often leads them into attempts to solve financial problems through applying costs-cutting measures without really tackling the root causes. The most crucial processes to examine in reality are usually not the obvious value-adding critical internal processes involved in logistics, development etc. Rather, they are the enabling or background processes that support investment decisions. These include how market research is systematically conducted, how such analysis is converted into competitive- and financial projections, how HR plans and budgets are negotiated etc. These types of processes are where many organizations' most serious handicaps reside in creating innovative and market-disruptive growth ventures.

Experienced system thinkers always look for the least obvious solution to a problem. For example, lagging financial performance attract everybody's attention, but hardly anyone will come up with the idea to ask human resources for help. Nonetheless, by tweaking the way human resources are managed will eventually translate into a large impact on the successful implementation of strategy, simply because the driving internal forces of human resources lie at the root of much of the value creating process. Through strategy mapping, and measuring progress indicators or applying predictive data analytics methods, the value creation process can be identified and visualized. An example in case, is that a causality has been demonstrated between how an increase in employee satisfaction of 4% - through a series of cause-effect relationships - had eventually a considerable consequence at the opposite end of the value chain in the form of an increase of a company's shareholder value of around $250 million.

An important advantage of systems thinking is that it helps to see problems from another broader perspective. Much too often do we tend to fall back on overly obvious one-size-fits-all recipes that have proven their worth in the past without re-evaluating it critically within the new context. For example, innovating managers often try to start new-growth business using processes that were designed to make mainstream business run effectively. Truly operating on a strategic level entails assessing a problem from new perspectives, by using creativity to challenge any vested assumptions that you may have and visualizing different possibilities, while withstanding the temptation of automatically re-using tested formulas. Granted, not reinventing the wheel through the adoption of benchmarking and best-practices can determine to be an equally sufficient cost-effective strategy. But in the face of increasing political-economic unpredictability, underestimating and overlooking the importance of studying a problem from the correct unit of analysis e.g. micro, meso, macro, has the potential to cause greater damage.

If you cut an elephant into two pieces, you won't get two small elephants

Though you will likely get a bloody situation. In other words, if you try to decompose a system to be able to analyze the separate parts, the possibility exists of you destroying the system. Organizations are complex systems in which interaction and unstable feedback loops take place within and between various subsystems, components, and parts. Therefore, it is best to understand an organization holistically. However, most managers consider subsystems of their organization as separate functions and limit their attentions to their own field. Sometimes this is born out of miscalculated policies or simply out of sheer lack of resources to operate cross-disciplinary. Large companies have put a lot of effort into creating inter-disciplinary collaboration, but Small and Medium Sized business (SMBs) don't always have capabilities to do the same. As a result, leadership of the functions may very well be able to uncover the root causes of their unit, but they will hardly see the dynamic interplay between their policies and that of others. Exactly those interfaces where different systems and parts of a system meet, are simultaneously the places that cause problems and where change interventions will have the greatest impact, by factoring in the time, locational, as well as human contextual dimensions. The lack of resources to create cross-functional teams can be effectively overcome by adopting a systems thinking approach to problem solving and decision-making.

For at least a couple of decades now, we have been going through an era characterized by strong trends towards the reward of meticulous specialization, short-termism, and lack of situational awareness. The devaluation of- and sometimes an outright assault on deviations from this norm, have now become immensely problematic and risky as complexity, consolidation, and uncertainy are becoming the new norm. Hence taking a critical reflective mindset, and embracing a historical approach, represent the modern requirements and competencies for the development of creative problem solving and effective decision making processes. In short, we advocate that Small- and Medium Sizes Businesses problems solvers and decision-makers in various strategic management realms increase their systems solutions capabilities to achieve higher levels of successful policy-, strategy-, and planning implementation performances. 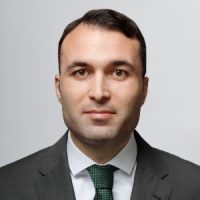 Erkan Ozsen
Erkan Özşen is the founder of Löger Group and Managing Director of it's market research subsidiary EngineerOnomics. With his long track record of developing research, writing, and publishing Erkan is now dedicated to expanding the pool of thought leadership available to Emerging Market Businesses as well as Small- and Medium-Sized Businesses, through this blog and social entrepreneurship. 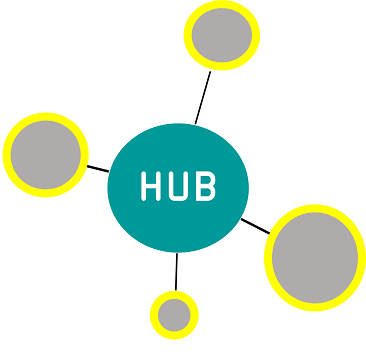 Major risks and dilemma's facing the employer-employee relationship, and effective HRM practices and strategies to manage them. What is the place of competitive analysis within your market research and product development processes?